A Wild Alternative to the Honey Bee 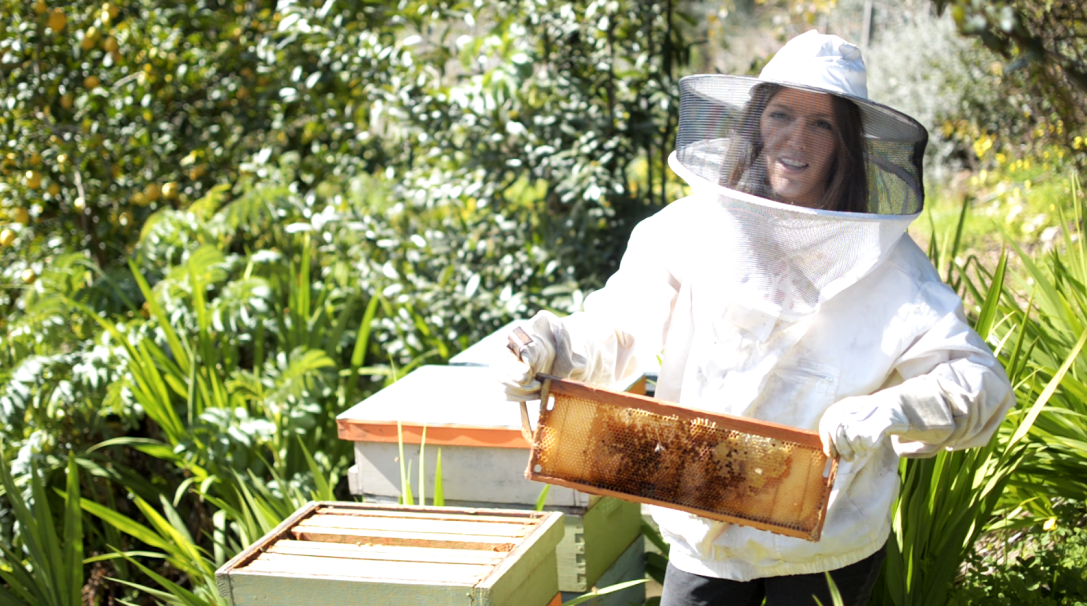 Photo credit: Studio Variety Group
A WILD ALTERNATIVE TO THE HONEY BEE
The vital role honey bees play in the pollination enterprise is certainly no secret; honey bees are among the highest valued pollinators in agriculture, and as evident in the last several years, are dying and disappearing at an astronomical rate due to Colony Collapse Disorder (CCD). According to the USDA, 42% of all honeybee colonies were lost in 2014 - the second highest rate on record. Given that over a third of all global crops are dependent on pollinators (not to mention an even larger percentage of crops that are enhanced by bee activity), entomologists are already on the lookout for alternative pollinators.
WILD BEES
The familiar European honey bee is just one of several thousand species of bees. According to Hamatuhl Cohen, a PhD Candidate in Environmental Studies at UCSC, wild bees, such as the Blue Orchard Bee (also known as the Blue Mason Bee), are generally considered more efficient pollinators than honey bees. They are a native species to the United States that frequent a variety of flowers, making them suitable for the production of many different crops. Because the European bees are bred for honey production, some believe that they focus on nectar when foraging, while wild bees might be more pollen focused, potentially making them even more effective pollinators. The PSU Extension found that female Blue Orchard bees collect pollen particularly when constructing nests in order to provide food for bee larvae (pollen is a primary source of protein). They say the key to substantial pollination on the farm is to promote maximum nesting, given that a wild female bee can lay up to 30 eggs in a season with adequate resources. In order to recruit and maintain a wild bee population a consistent pollen source is essential, as well as ample habitat.

Photo credit: Hamutahl Cohen
HABITAT FOR WILD BEES
According to Cohen, 75% of all bees are actually solitary bees; rather than living in colonies they live independently in ground cavities, hollow reeds, or holes in wood. The “social” honey bee has been a popular pollinator in the agricultural industry because of both its ease of transportation and its ability to quickly increase its population by the sounds. Because wild bees are solitary, the best way to ensure their presence and population growth on a diversified farm is through adequate habitat. Woodland surroundings are a crucial element to proper habitat for the Blue Orchard Bee, in addition to having some bare ground accessible for wild bees to nest in. Insect hotels are also an interesting and easy way to supplement available woodland habitat. They can be made of a variety of shapes and sizes of natural materials, with little crevices for nesting, and require virtually no maintenance.
Profitable farming depends on pollinators, and although honey bees can be fun to work with and bring us a sweet local sugar source, the population is currently experiencing instability. Given agriculture’s dependence on pollinators, now is the time to turn our attention towards some wild alternatives. With some basic landscape infrastructure in place to create a welcoming habitat, fostering and growing a wild bee population is a relatively simple and maintenance free alternative.
For more information check out:
http://www.helpabee.org/
https://www.epa.gov/pollinator-protection/colony-collapse-disorder