Sustainable farming techniques have never been more popular, but understanding what differentiates each one is difficult. For someone looking to join the agricultural industry, is it better to pursue organic compliance, follow the permaculture route, or commit to Demeter-certified biodynamics?

In many cases, the answer comes down to what farming strategy can make a profit. After all, the best soil tending philosophy in the world will not save your farm if you can’t earn enough to pay your property taxes.
Historically, biodynamic farming has been less objectively studied than other sustainable farming methods, making it a riskier choice for farmers to commit to. Is this reputation earned, or does biodynamic certification make financial sense for farmers?
In the first part of this article, we will take a quick look at what defines biodynamic farming and examine existing research to raise the question of profitability.
Then you’ll have to check back in for Part 2 next week when we interview some farms in particular and take a look at some real-world case studies to see if this earth-friendly farming strategy has positive market potential for small farms. So let’s dive in...
What is Biodynamic Farming?
In short, biodynamic farming is based on the premise that farmland should be treated as a self-sustaining, self-contained organism, not a factory running on outside inputs.
The founder of biodynamic farming was the Austrian philosopher Rudolf Steiner, who in 1924 gave a series of lectures in Germany on his soil-rejuvenating, celestial-oriented perspective on agriculture. His philosophy of sustainable farming so captivated his audience that he inspired the formation of the Biodynamic Association in 1938. Decades later, Demeter Certification became the gold standard for biodynamic growers.
Today, the goals of the biodynamic movement include producing on-farm soil fertility through compost and manure, practicing regular crop rotations, and committing ten percent or more of farmland to be left alone as a wildlife habitat. The technique also relies on eight biodynamic preparations that consist of herbs, minerals, and manures that are used to create fertilizer sprays and other amendments. Unlike other certifications, Demeter certification also requires that the entire farm qualify, not just individual fields.

Essential Differences Between Biodynamic and Organic Farming
While organic farming is more mainstream today, the movement is rooted in the ideas of biodynamics. As such, the philosophies and practices between the two techniques are similar.
The organic growing movement began in the 1940s as an offshoot of biodynamics, but with less emphasis on soil preparations and planting according to the celestial calendar. In 2002, the U.S. National Organic Program (NOP) became the country’s official organic growing certification system. Unlike with Demeter certification, it is possible for individual fields on a farm to be certified organic while the rest of the property is farmed conventionally.
Over time, these philosophies branched into two distinct agricultural styles with different cultivation methods, regulations and end goals.
Is Biodynamic Farming Profitable?
Though the popularity of organic agriculture has grown substantially in past decades, biodynamic farming has trailed behind. Part of the reason is that biodynamic farmers face challenges with lower yields (especially for the first few years), less support from the greater farming community, and difficulty learning and implementing biodynamic techniques. But, as we will soon examine, lower yields do not necessarily translate to lower profits.
When followed effectively, there is evidence (which we will dive into soon) that biodynamic farming creates healthier soil, improves biodiversity and requires fewer inputs than conventional farms. However, is it profitable?
To answer that question, it’s important to look at farm profitability in two ways: saving money by spending less, and making money by selling products at a profit.
The Financial Benefits of Ecological Services
As it turns out, the benefits of biodynamic farming are far from merely monetary. As an analysis by Washington State University Agronomy professor John P. Reganold reveals, hundreds of scientific studies show that sustainable agriculture has impressive potential for feeding the world.
While organic and biodynamic farms often pay more in labor costs, they make up the difference by not investing in soil-destroying fertilizers and pesticides. Because the adverse environmental impacts of commercial farming are rarely considered, the financial benefits of biodynamic agriculture are even higher than they are factored in.
For example, another analysis by John P. Reganold and his research partner David W. Crowder on the economic competitiveness of organic farming on a global scale reports that biodynamic fields are financially valuable. Their study of almost 30 conventional and organic farms in New Zealand found that the total economic value of ecosystem services in the natural fields was more than $232, compared to just $146 for conventional fields.
This means that because biodynamic farms produce better soil, prevent erosion, increase crop root growth, and cultivate larger numbers of beneficial insects, they bring up the intrinsic value of the cropland after every season.

Compromising Yield Size for Higher Profit Margins
As most would expect, this improvement in ecological services comes at a cost to crop yields. What may surprise you, though, is how little this deficit matters for most biodynamic farmers’ bottom lines.
A meta-analysis of 115 studies of sustainable farming practices from Royal Society publishing revealed that it is common for organic and biodynamic fields to produce just 19.2% less throughout a growing season than conventional fields, considerably less of a deficit than is often reported.

Through their analysis, the researchers found that many previous studies had presented their results in ways that were biased towards conventional agriculture and that two sustainable agriculture practices (multi-cropping and crop rotations) could reduce the gap between biodynamic and industrial farming to less than ten percent. Some crops, like beans, peas, and lentils, showed no yield gap at all.
Likewise, the previously mentioned analysis on global organic profitability found that the higher labor costs needed for sustainably-minded farms could be offset by less need for nonrenewable purchased resources like synthetic pesticides and fertilizers. Considering that biodynamic farms can expect to spend less than half as much on fertilizers than conventional farms, sacrificing yields by 10 to 20 percent is not necessarily a bad deal.
In the same way, the popularity of farm apprenticeships and programs like WWOOF (World Wide Opportunities on Organic Farms) means that biodynamic farms have more options than before for sourcing affordable labor.
However, even when yields are lower, sustainably-certified agriculture is more profitable for farmers because many customers are willing to pay more. Many buyers justify paying higher prices as a way to compensate their farmers for avoiding environmental damage or external costs.
According to a cost study of a biodynamic farm in Germany by John P. Reganold, the gross revenues for their crops was significantly higher than conventional plots, despite a 16 percent decrease in yields. Likewise, a New Zealand study found that biodynamic farms were as productive as their neighbors on a per-acre basis because the market supported an upcharge of 25 percent for their products. Notably, the biodynamic farm also experienced less profit fluctuation from year to year than the neighboring conventional farms.
These studies provide evidence that biodynamic farms can be lucrative, so long as consumers are willing to pay a premium for the products and farmers can appropriate local markets for biodynamics goods. The costs per acre tend to be similar for both techniques, but lower yields and higher input costs require that biodynamic products be priced higher to be profitable.

How Much of a Price Premium is Necessary?
Understanding how much they can comfortable charge is critical for biodynamic farms to be financially successful. According to the previously mentioned meta-analysis on farm finances, the median ‘break even’ price premium point for most biodynamic produce was about five to seven percent higher than the ‘net present price’ for conventional food. However, the analysis found that most farms were charging roughly 30 percent more for their products, giving them a significant cushion for profitability, even if they needed to lower their pricing for some reason.
This data is likely to be encouraging for biodynamic farmers, as it puts price premiums in perspective and shows that most farms have more leeway in their pricing for profitability than is usually reported.
Overall, the data shows that biodynamic farms can be profitable in theory, but are these results consistent for farmers in the real world? We’ll check that out next week when we look at four different case studies around this question.
If you liked this article, and want to see more like it, enter your email in the subscribe box to the top-right of this page and we'll send you new blog articles as we publish them. 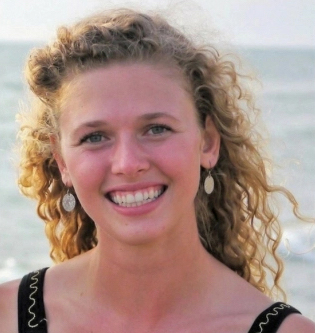 Lydia Noyes is an Environment, Health and Natural Living writer whose work has appeared in Mother Earth News, Heirloom Gardener, Organic Lifestyle and Grit Magazine. She lives in West Virginia among the beautiful Appalachian Mountains.